Celebrating the artistic diversity of the ACC family, ACC is co-presenting the ACC Fellows Annual Exhibition 2020 with Alisan Fine Arts from January 13 to February 29, 2020. Over the years, ACC has supported numerous art talents to experience transformational cultural exchange in the United States and Asia at the critical moment of their career. We are pleased to see our fellows’ impactful contributions and achievements in the local, as well as the global artscape. The exhibition will showcase the works by our celebrated alumni, Ho Siu Kee (2000 Fellow), Isa Ho (2012 Fellow), Mao Xuhui (2000 Fellow), Wucius Wong (1971 Fellow) and guest artist, Wen-You Cai & Cai Guo-Qiang (1995 Fellow). A concert IN HERITANCE resonating the exhibiting artworks will be held during the closing ceremony, co-curated by Louis Siu (2005 Fellow) and Joyce Tang (2017 Fellow), and performed by ACC Fellows in the performing arts field.

Part of the proceeds of the exhibition will be donated to ACC Hong Kong. 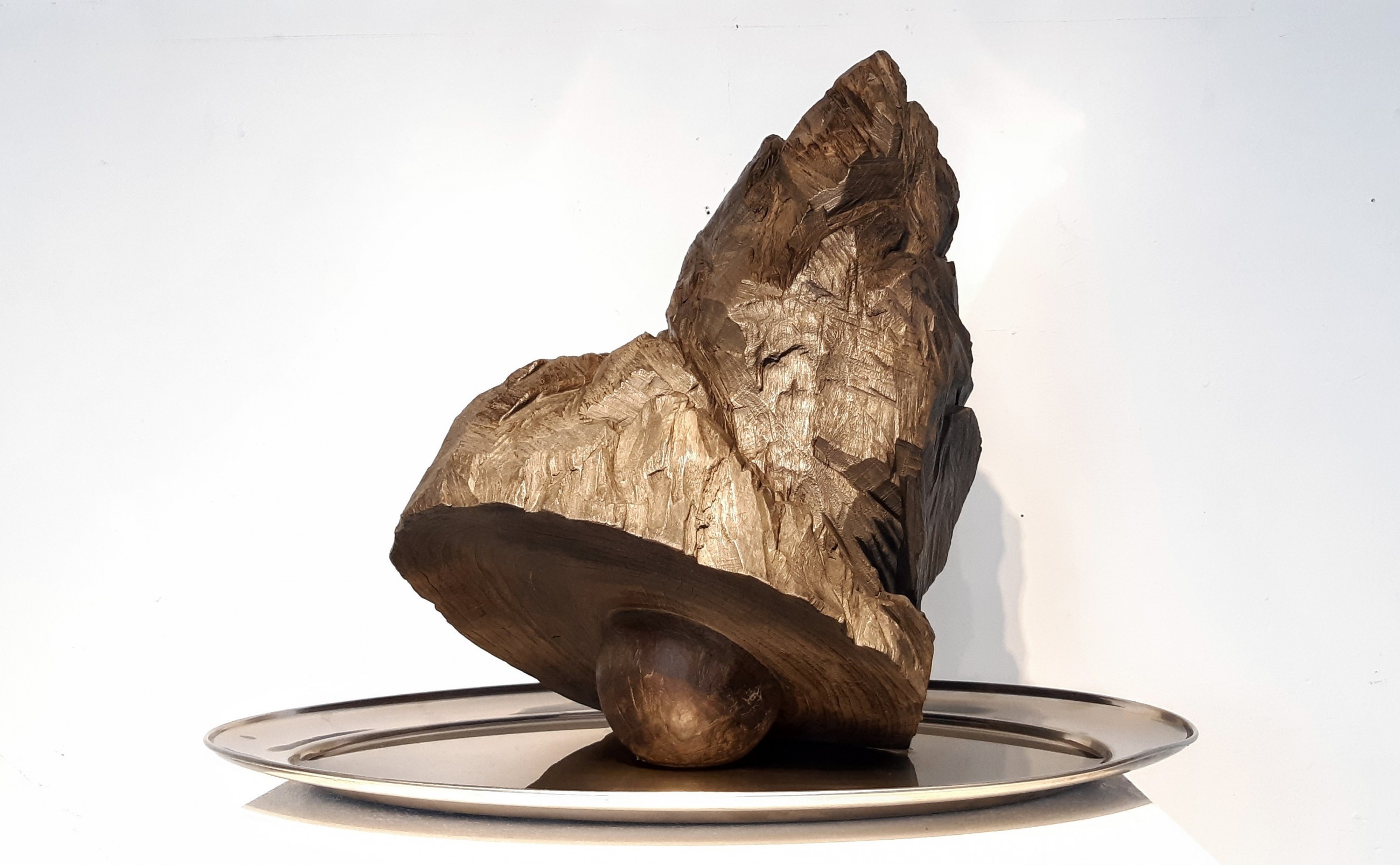 Ho Siu Kee is a sculptor and currently Associate Professor at the Chinese University of Hong Kong. Most of Ho’s artworks begin with the exploration of his own senses and bodily perception. They appear as self-portraitures through the visual presentation of his own body imagery employing different media, such as sculpture, installation, photography and video. In 2000, Ho received an ACC fellowship to research on contemporary sculpture in the U.S. The following year, Ho was the first group of artists representing Hong Kong at the 49th Venice Biennale, paving the path for future artists to embrace the world stage like he did.

His latest series of sculptural works Making Mountains will be debuted in the exhibition. The central imagery of this series is the inclined axis and the floating mountains that are the reflections of the artist’s recent mood. 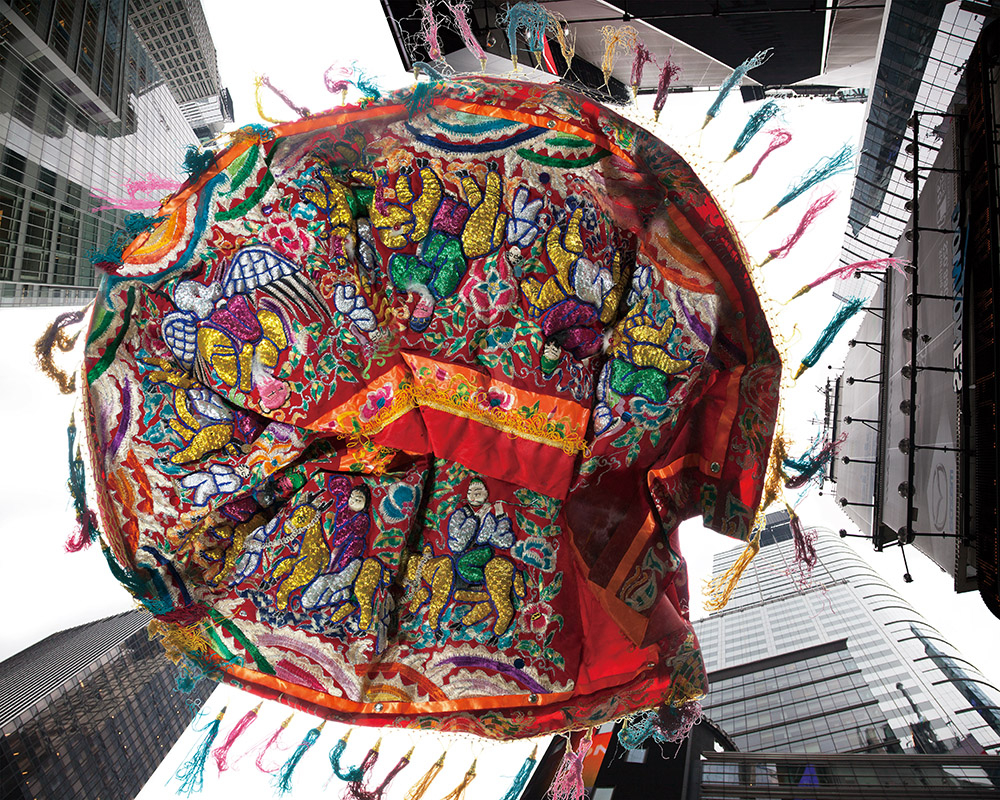 Meng-Chuan "Isa" Ho is a prolific mixed-media artist who creates photographs that explore what she calls "urban fairytales." Confronted with an urban culture radically different Taipei, Ho began creating work that imagined universally popular myths and themes through the lens of a foreigner, an Asian woman working in the West. In 2012, ACC supported her to spend five months observing contemporary art activities and investigating the unique urban environment of New York City. Additionally, ACC sponsored her participation in a creative residency at the International Studio and Curatorial Program, and programs at Parsons The New School of Design, International Center of Photography and Aperture Foundation in New York City allowing her to sit in on classes, interact with students, and work with faculty members. Inspired by her fellowship experiences in New York, Ho continued her Westbeth Project which is a photo series of the Westbeth Artist Housing where Ho was living during her fellowship and the home of 400 artists from around the world.

Her works in the exhibition create a simulated reality through which she addresses social concerns and fulfills what she regards as a personal responsibility to society. A series of digital and contemporary photographic works juxtaposing the city scenes of New York and Taiwan will be displayed in the exhibition. 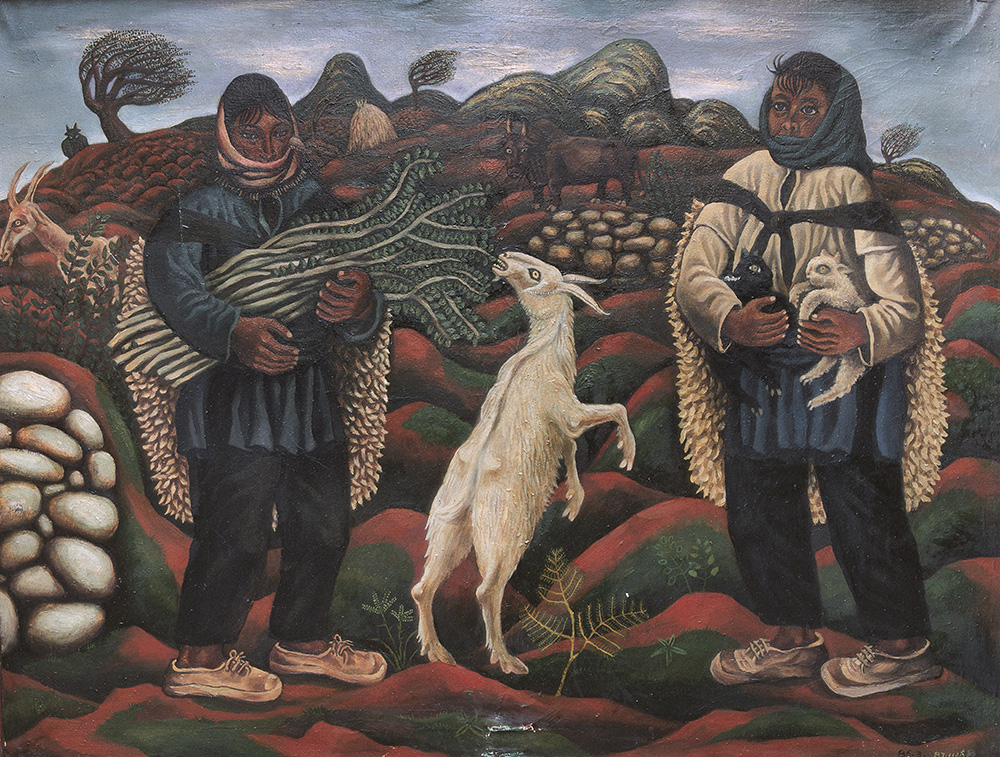 Mao Xuhui is famed as the leader of the mid-1980s Southwestern Art Research Group. Like many of his mainland contemporaries, Mao Xuhui has developed a kind of branding identity for his work through the repeated use of certain symbols and figurative objects. In recent years, Mao Xuhui struggled between the contradictions between reality and artistic ideals, resulting in a return to the rustic style of painting from which he deliberately turned away in the early '80s. These rustic scenes reflect a gradual coming to terms with the tumultuous years spanned by his career, and a sense of rediscovered serenity. Mao was awarded the ACC Fellowship in 2000 to observe contemporary art activities, meet with artists and curators, and visit art schools in the United States. He currently works out of his studio in the Chuang Ku ("creative loft") district of Kunming, China and serves on the faculty of Yunnan University.

Two works from his Guishan Series will be displayed. Mao has spent most of his time illustrating the nature scenery and livelihood in Guishan, Yunan, where he found it is a utopia to enjoy nature, and observe the relationship between earth, nature and sky. 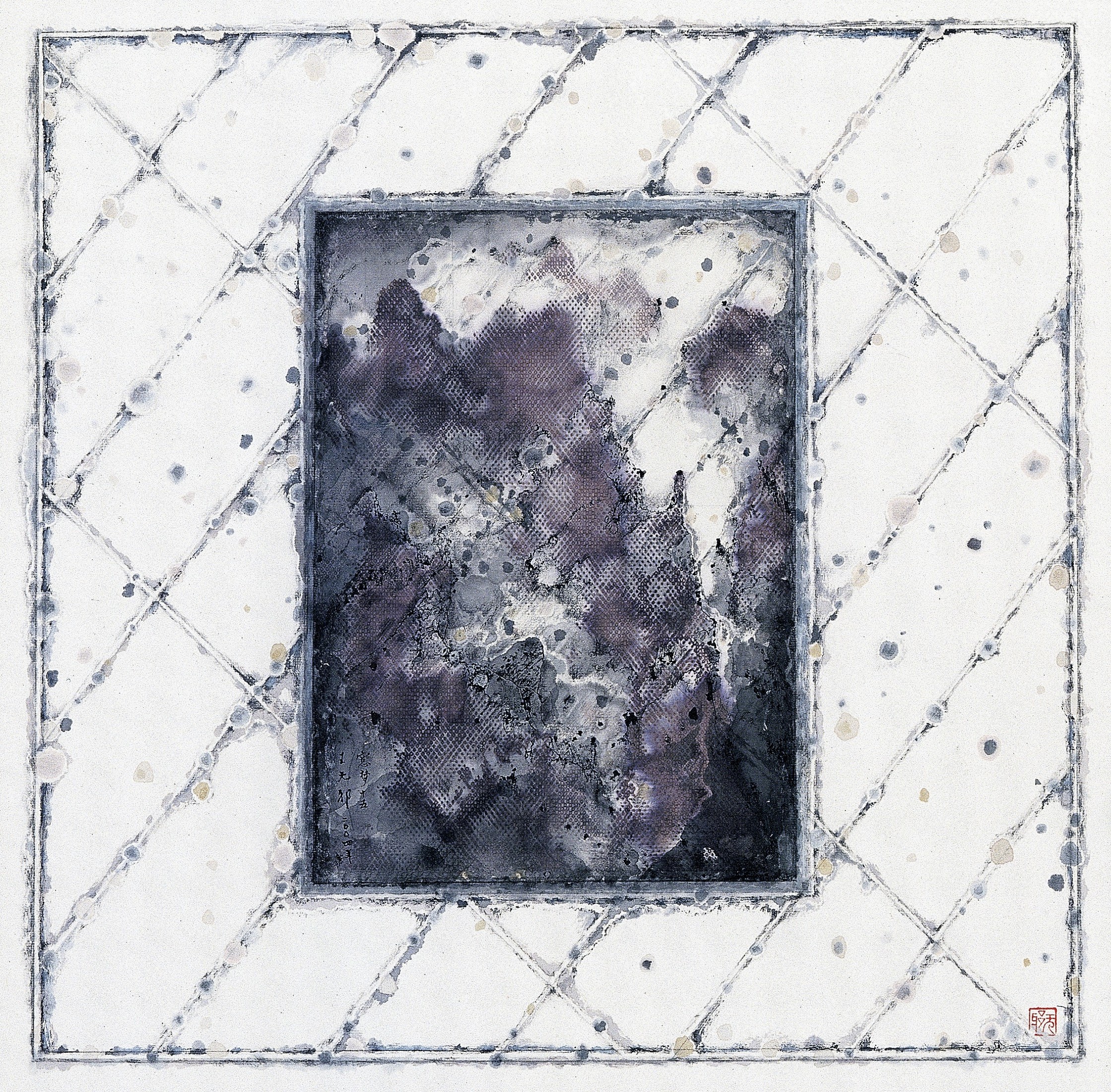 One of our most internationally acclaimed ink artists, Wucius Wong received ACC support in 1970 to visit New York and study painting and print-making at the Pratt Graphics Center, inspiring him to express ink art in a contemporary manner. More importantly, he extended the New Ink Movement and brought a revolutionary perception of ink art to the world. Wong’s paintings have been exhibited in over eighty solo and group exhibitions across the globe. Today, Wong’s works remain highly sought-after in the art world. His legacy as a contemporary ink master will be engraved in the art history of Hong Kong.

His abstract cityscape series Window Dream shown above reflect the mental fatigue of urban life and the artist’s own philosophies of life.

in association with Cai Guo-Qiang (1995 Fellow) 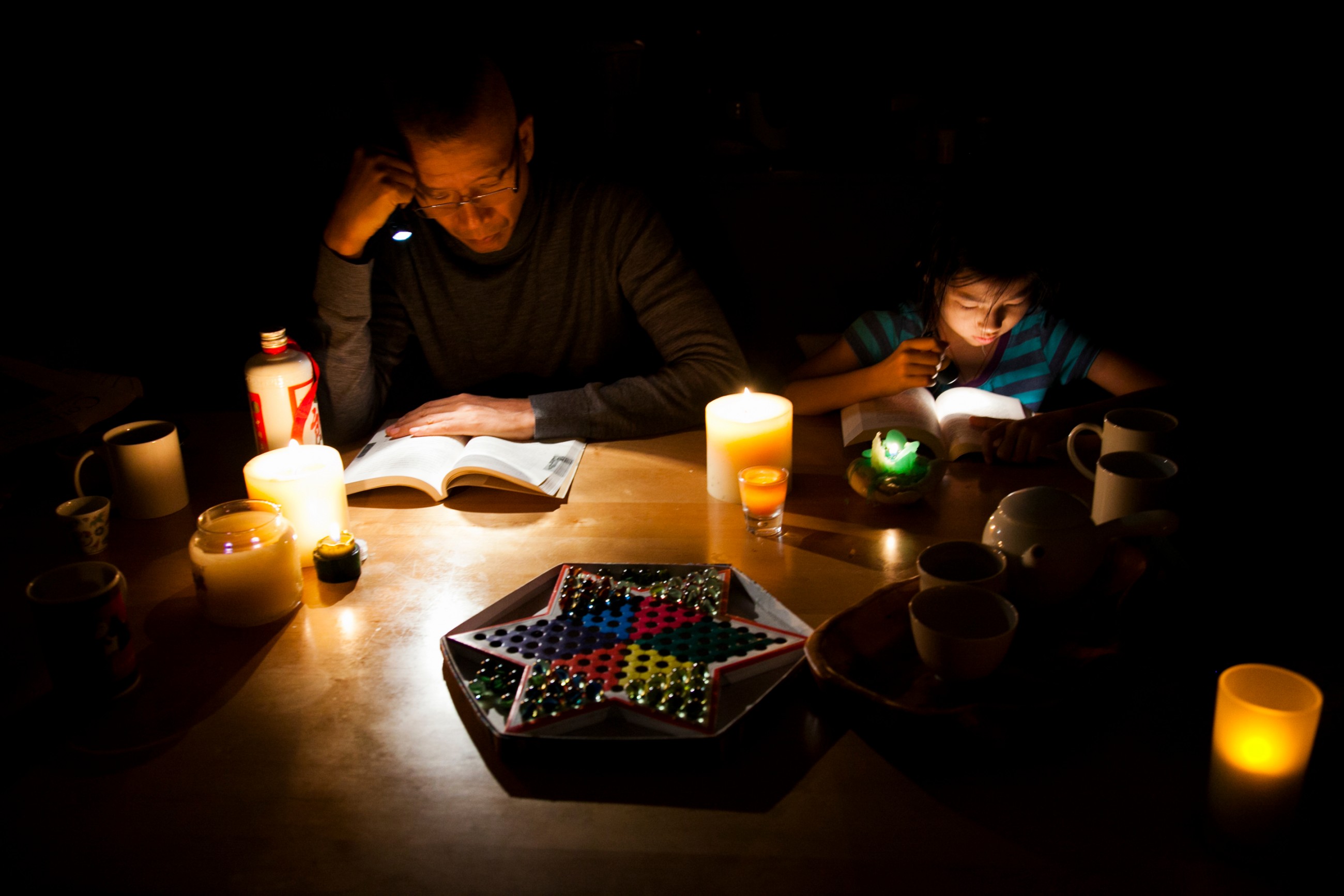 Wen-You Cai received her first camera at the age of five to capture her first year in America, when her family relocated to New York under her father's ACC fellowship. From then on her life became intrinsically entwined with photography recording the daily life of those around her. Wen-You is a graduate of the Rhode Island School of Design and Goldsmiths College. In 2015, she published her memoir When You Make No Art, about growing up in the art world. In 2016, Wen-You founded Special Special, an art edition gallery and concept store in New York City. Her photographs made their exhibition debut in the 2019 exhibition Rooster, Tiger, Sheep by Snake at the MGM COTAI, Macau.

Throughout the years she has frequently photographed projects for her father, the renowned Chinese contemporary artist Cai Guo-Qiang (1995 Fellow). Known for his oeuvre of explosion art and installations, Cai Guo-Qiang was awarded an ACC fellowship to New York, where he grew a profound interest in atomic bomb images. Cai was able to produce his famous gunpowder images at the Nevada Atomic Test Site, setting the foundation for his iconic works. He is a long-time supporter of ACC by continuing to nurture emerging artists in China through the ACC Cai Guo-Qiang Fellowship.

It is our honor to introduce this extended member of our ACC family and showcase a selection of her work focused on her family at work and play. These photos unveil the warm and fun-loving life under the lens of the artist as well as the palpable emotional and cultural connection between generations.

The full collection of 176 photographs are on view at MGM COTAI, Macau until February 9, 2020.