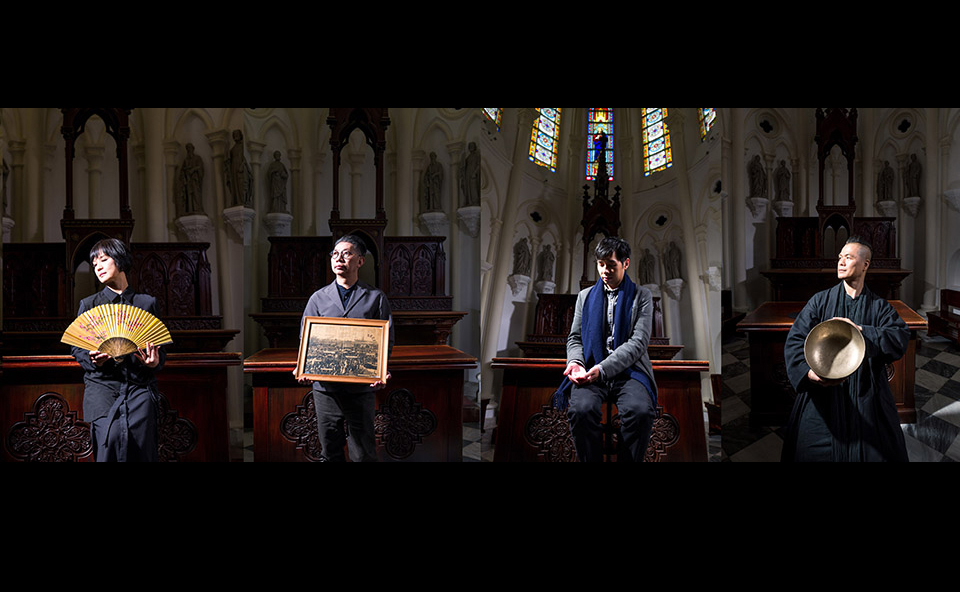 ACC Artist Series – Artistry and Aesthetics is a collection of video interviews of four Asian Cultural Council (ACC) fellows sharing personal stories about their artistic journeys, creative processes, aesthetics and the impact of cultural exchange.  The ACC artists are: independent choreographer Mui Cheuk Yin, best known for her solo performances and improvisations; theatre director Chan Ping Chiu, founder of On and On Theatre and the New Wave theatre movement in Hong Kong; media artist and educator Kingsley Ng whose site specific installations transcend across cities; and scenographer Tsang Man Tung, the space and soundscape designer who integrates Himalayan singing bowls and rituals into his performances.

Since the sixties, the ACC has supported more than 300 artistic talents in Hong Kong to travel to the US for cultural exchange. Together, they represented some of the most outstanding talents in the fields of arts and culture, education, architecture, and archaeology, forming an integral part of our cultural landscape. The videos presented an in-depth account of the thoughts behind the artistry of four distinguished home grown talents in Hong Kong. 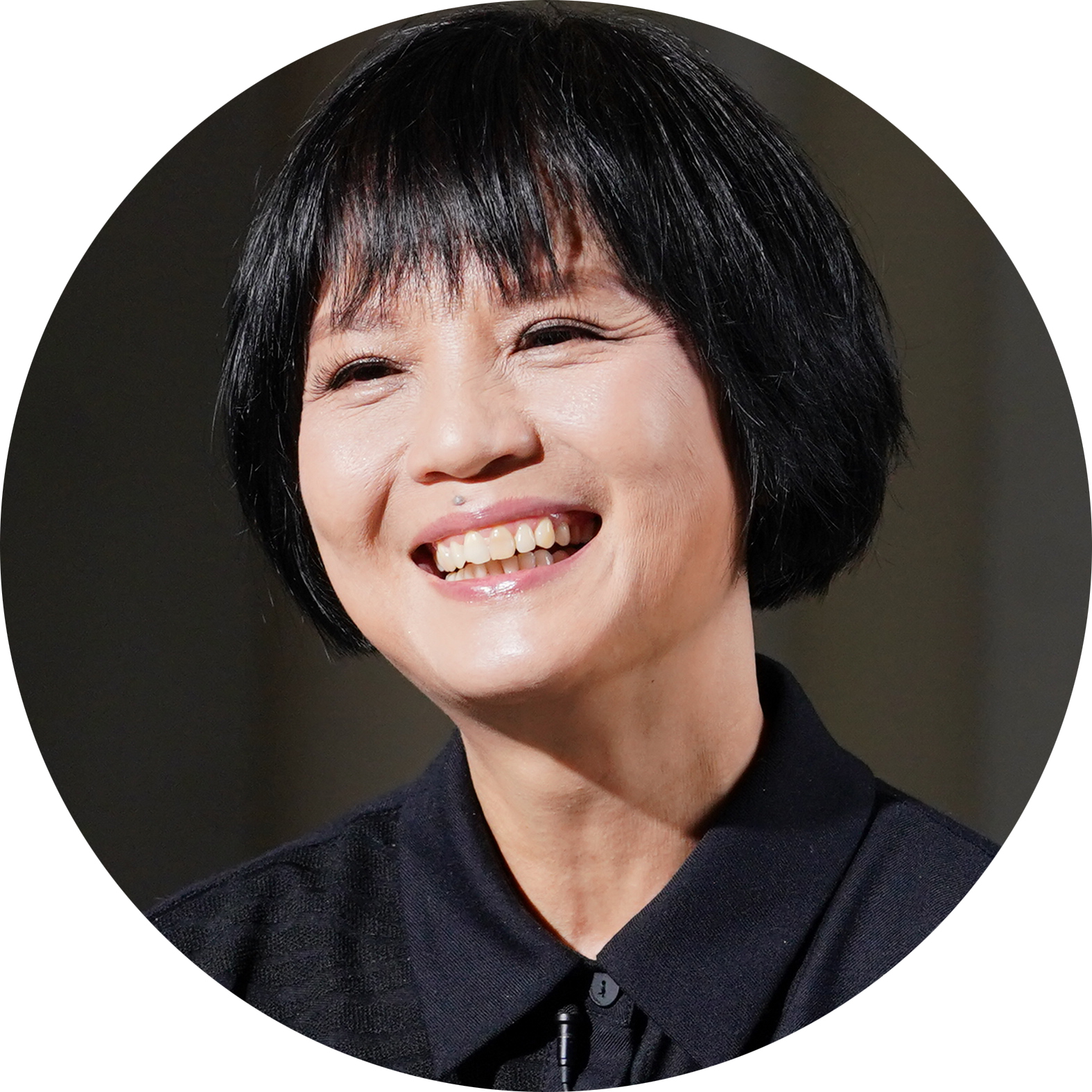 Mui Cheuk Yin began her career at the Hong Kong Dance Company. In 1990, she became an independent dance artist, choreographer, and educator. She received ACC fellowships in 1989 and 1997 which enabled her to collaborate with peers in the East-West Centre, University of Hawaii, partake in the International Choreographer’s Programme at the American Dance Festival, and the Contact Improvisation workshop at Oberlin College.

In 2000, Mui was invited by Pina Bausch to choreograph Whispering Colour at Folkwang Tanzstudio and performed in Rite of Spring with Tanztheatre Wuppertal. Her solo works have been featured in the 25th and the 35th Pina Bausch Anniversary Dance Festival. Mui’s choreography, successfully combining contemporary dance with elements from Chinese culture, has won her numerous international acclaims.  She has received honours for her commitment and passion for excellence in dance, including four Hong Kong Dance Awards, 2012 Distinguished Achievements Award presented by Hong Kong Dance Alliance, and Artist of the Year (Dance), at the 2020 Hong Kong Arts Development Award. 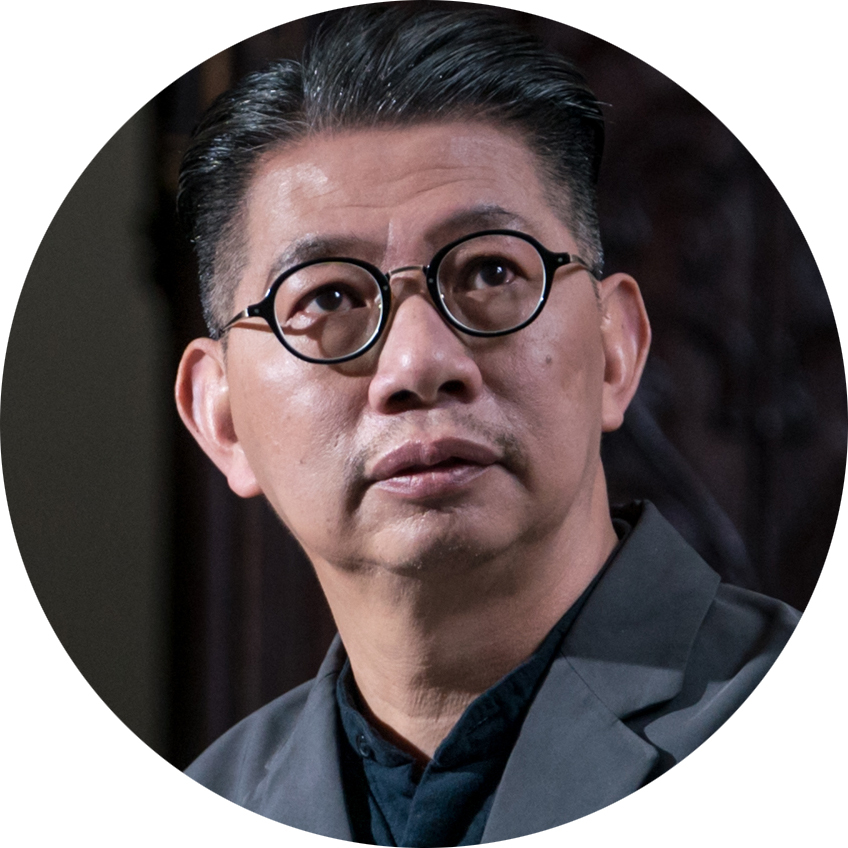 Chan Ping Chiu – Artistic Director, On and On Theatre

Currently the artistic director of On and On Theatre Workshop, Chan Ping Chiu is a theatre director, playwright and theatre program curator. Born in Hong Kong, Chan graduated with a degree in Journalism and Communication at Chinese University of Hong Kong, and a BFA in Drama at the Hong Kong Academy for Performing Arts.

In 1988, Chan founded the experimental theatre group Sand & Bricks, a collective of young and emerging theatre practitioners.  He joined Chung Ying Theatre Company as education officer in the nineties and developed programs in youth theatre. During the handover, Chan created works such as Fly Fly Fly Archaeology Bird and Vision Invisible revealing the mixed sentiments and identity crisis of Hong Kong people. Chan received the Lee Hysan Foundation Fellowship and traveled to the US in 2001 to further his studies at New York University and the Ontological-hysteric Theatre under the mentorships of Richard Schechner and Richard Foreman. A year later, Chan returned to Hong Kong and established Cattle Depot Theatre, one of the first independent theatre spaces in Hong Kong.

Chan is the forerunner of the New Wave Theatre movement, introducing Contemporary Writing to the Hong Kong theatre scene. His award-winning works include Waking Dreams in 1984, Electronic City, The Post-modern God of Food, The Golden Dragon, hamlet b., and Oleanna. Chan was awarded the Artist of the Year (Drama) at the 2013 Hong Kong Arts Development Awards. His recent works include Best Wishes and Tête-bêche. 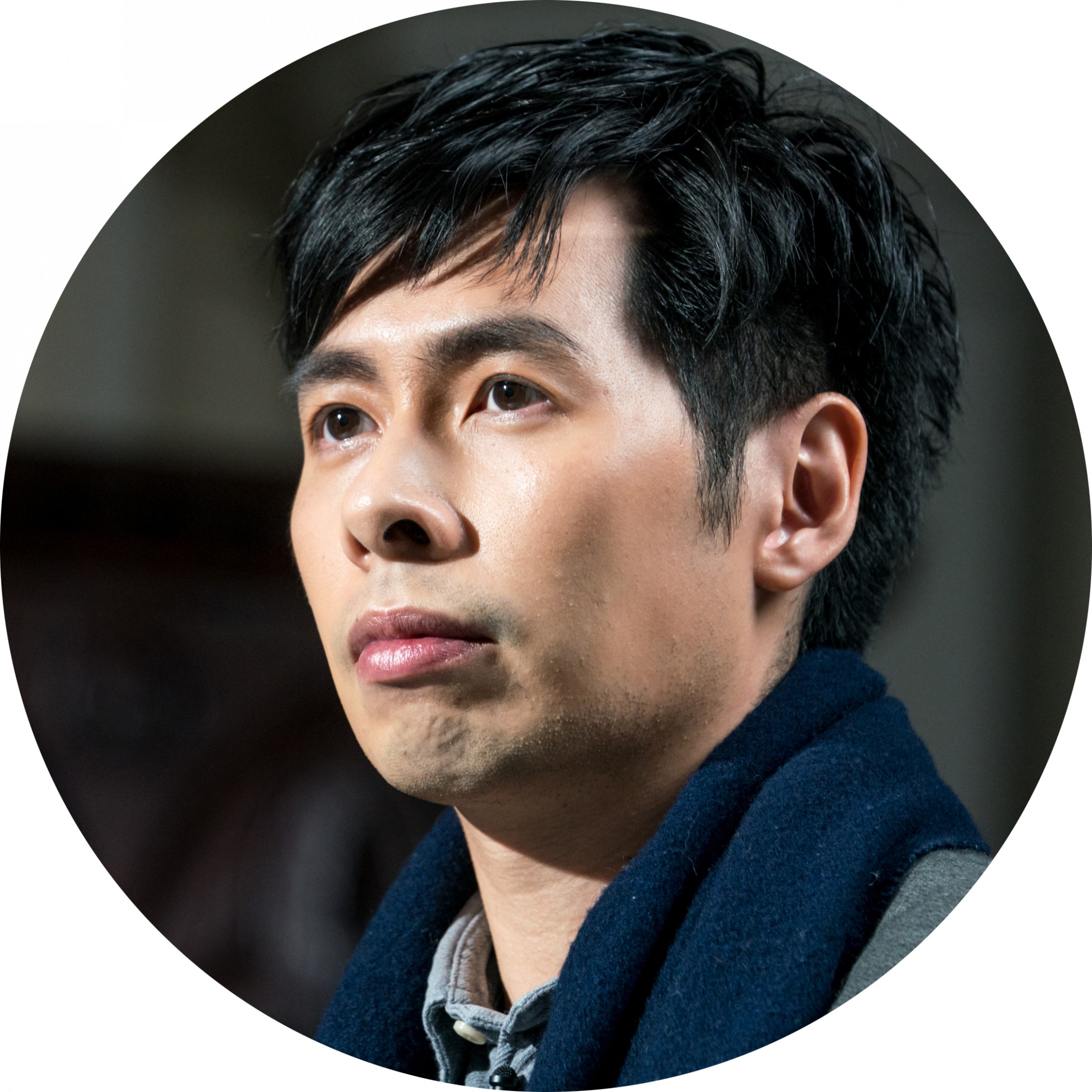 Kingsley Ng is an interdisciplinary artist working primarily on site-specific, process-based and participatory projects. Ng crafts a relationship between the work and its context through media and formats including interactive installations, public workshops, sound, spatial design and experiential design. He graduated from Ryerson University, Le Fresnoy – National Studio of Contemporary Arts, and the University of Edinburgh. His art and design projects have been exhibited at venues such as the IRCAM – Centre Pompidou (France), Museum of Contemporary Art of Rome, Milan Design Week, Australian Centre for Contemporary Art, Echigo-Tsumari Art Triennial, Land Art Mongolia, Shanghai World Expo, and Guangzhou Triennial. He is the recipient of grants and awards including the Hong Kong Contemporary Art Biennial Awards 2009, Artist of the Year at the 2013 Hong Kong Arts Development Awards, and the Altius Fellowship from the Asian Cultural Council. Ng is currently an assistant professor at the Academy of Visual Arts, Hong Kong Baptist University. 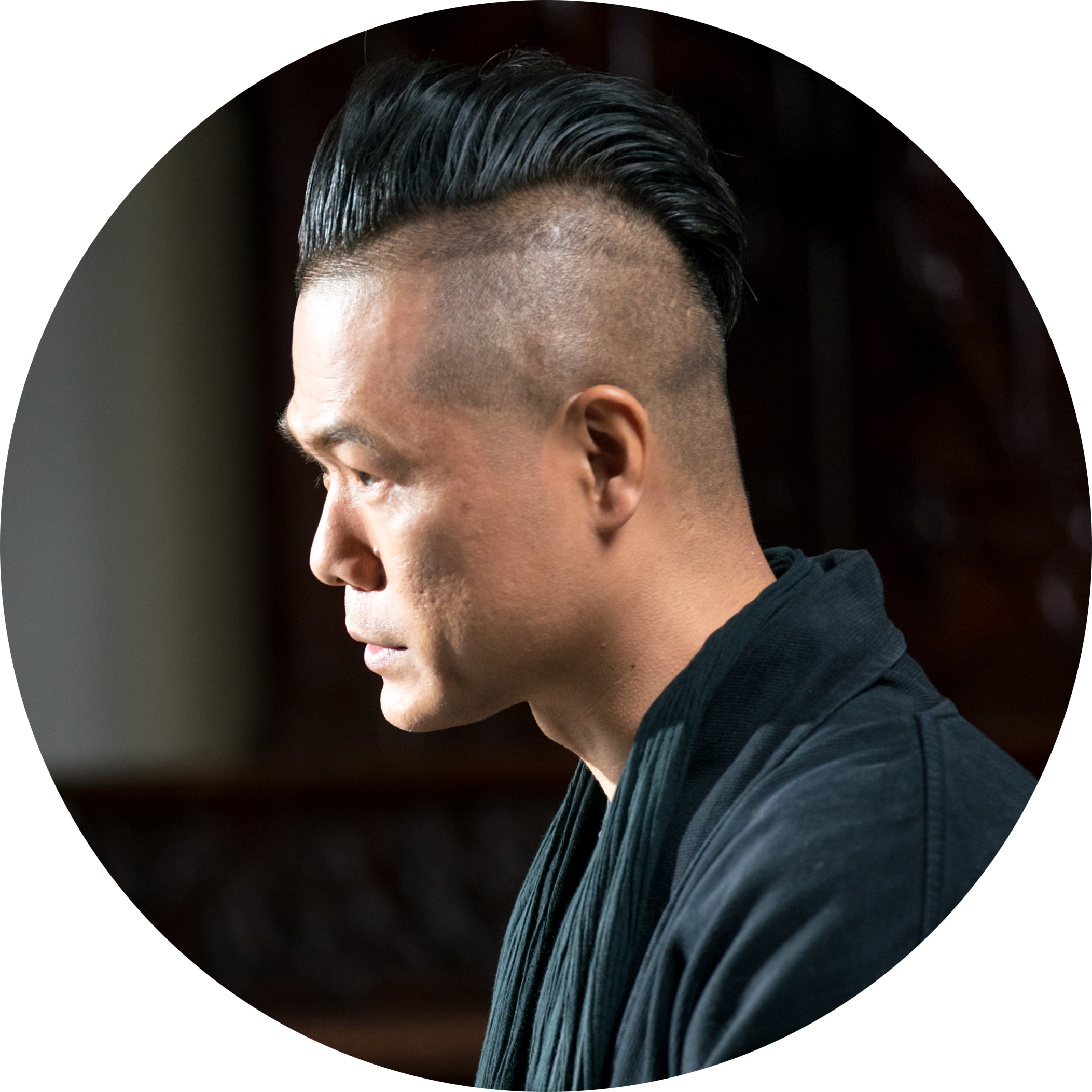 Working in theatre arts for over two decades designing over 200 works, Tsang Man Tung received numerous local and international awards, including Best Set Design, Best Costume Design and Best Make-up & Image Design, and Artist of the Year (Theatre) at the 2008 Hong Kong Arts Development Awards. In 2009, Tsang received the Huang He Fellowship from the Asian Cultural Council to visit Yale University School of Drama as a special research fellow. He received Outstanding Set Design for Dance from the Hong Kong Dance Award in 2012, 2016, and 2017 respectively. In addition, he was among the awardees in the ‘Secretary for Home Affairs’ Commendation Scheme’ in 2015 for his contribution to the development of arts and culture. In 2017, Tsang received the Silver prize for Set Design at the World Stage Design 2017 gaining recognition from international peers in theatre design. His aesthetic vision, “Transcend to the beyond”, is to bring Zen into theatre and representative works include The Heart Sutra, Vipassana-Silent Walk, Silence in the Woods. Tsang has been practicing Himalayan singing bowls for over a decade, as a way of contemplation on life. With his performing arts experiences, he brought the singing bowls to stage around the world. He collaborated and performed with pipa soloist Wong Chi-Ching, Nan Guan artist Wang Xin Xin, Kunqu performer Aiping Kong respectively. He released a singing bowl album The Seed of Sound in 2018, and published Singing Bowl Book in 2020.