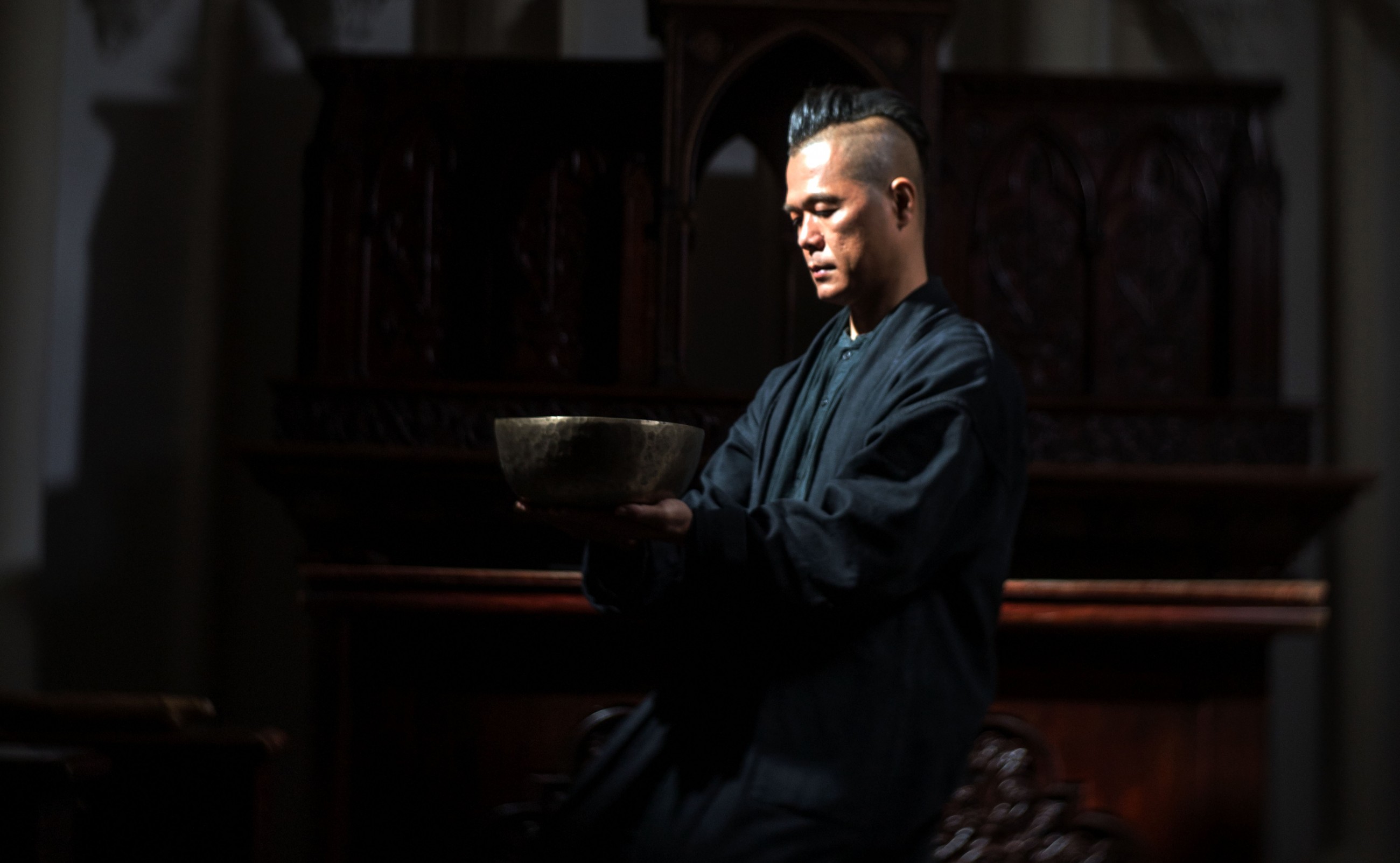 **Seats are full. We thank you for your support!**

ACC is pleased to announce the newly completed project ACC Artist Series - Artistry and Aesthetics. The series is a collection of video interviews of four ACC artists from various disciplines sharing their personal stories about their artistic journeys and creative processes, and the impact of cultural exchange on them. The first four episodes are:

On Thursday May 27, the screening of Tsang Man Tung – The Sonic Theatre Designer  from the series will be held at Chong Yuet Ming Cultural Centre at the University of Hong Kong. There will be a conversation with Artistic Director and scenographer Tsang Man Tung after the screening, followed by a Himalayan singing bowl performance. Seats are available on a first come, first served basis.

An indispensible member in the theatre arts scene for over two decades, Tsang Man Tung has designed over 200 works and received  Best Set Design, Best Costume Design, Best Make-up & Image Design, and Award for Best Artist (Theatre) (2007/08) from the Hong Kong Arts Development Awards. In 2009, Tsang received the Huang He Fellowship from ACC which enabled him to visit Yale University School of Drama as a special research fellow in 2010. He received Outstanding Set Design for Dance from the Hong Kong Dance Award in 2012, 2016 & 2017 respectively. In addition, he was among the awardees in the ‘Secretary for Home Affairs’ Commendation Scheme’ in 2015 for his contribution to the development of arts and culture. In 2017, Tsang received the Silver prize for Set Design at the World Stage Design 2017 and is internationally renowned for his theatre design. His aesthetic vision, “Transcend to the Beyond”, which aims to introduce Zen into theatre, is reflected in The Heart Sutra, Vipassana-Silent Walk, Silence in the Woods to name a few. Tsang has been practicing Himalayan singing bowls for over a decade, as a way of contemplation on life; and with his performing arts experiences, he brought the singing bowls to stages around the world, he collaborated and performed with Pipa soloist Wong Chi Ching, Nan Guan artist Wang Xin Xin, Kunqu performer Aiping Kong respectively. He released his singing bowl album The Seed of Sound in 2018, and the book Singing Bowl Book in 2020.

We would like to thank our incredible team for working closely with us. Our heartfelt gratitude goes to the following ACC alumni for steering this project: Tsang Man Tung (2009 Fellow), Jass Leung (2015 Fellow), and Cheung Chi Wai (1999 Fellow), also to Ray Leung, On the Paper, and Moon 9 Image for providing professional support. Thank you to our interviewees Chan Ping Chiu (2000 Fellow), Mui Cheuk Yin (1989 Fellow), Kingsley Ng (2013 Fellow), and Man Tung for participating in this project.