For more than twenty years photographer John Fung has been thinking about how to share his love of the arts with the visually-impared. In 1988 he was awarded a fellowship from the Asian Cultural Council and made his first trip abroad. He spent three months in New York absorbing a complex and diverse city that had been beyond his imagination.

"When I arrived in New York I felt like my vision exploded into an enormous new dimension", he recalls. He returned to Hong Kong with a strengthened appreciation for his eyesight, a new body of work and a dream to help others.

But life's challenges took him in different directions. He worked as a photo-journalist, as a laborer on construction sites, starred in a film, opened a restaurant and now works on an organic farm in Tai Po. Yet he continued to pursue his art throughout the years and in 2006 moved into a new genre of color photography.

John's recent work is now on show at the Asian Cultural Council which has teamed up with Arts with the Disabled Association Hong Kong to help John make his wish come true. "One Square Foot" is an exhibition of John's multi-exposure photography inspired by Hong Kong's built environment and the local housing situation which causes enormous stress to those making a living here. All "in-the-moment" photographs, the works carry titles that document the precise second in which they were shot. The piece "2006-04-15, 06:06:25" appeared on the cover of Sotheby's Contemporary Asian Art Sale catalogue in 2009. 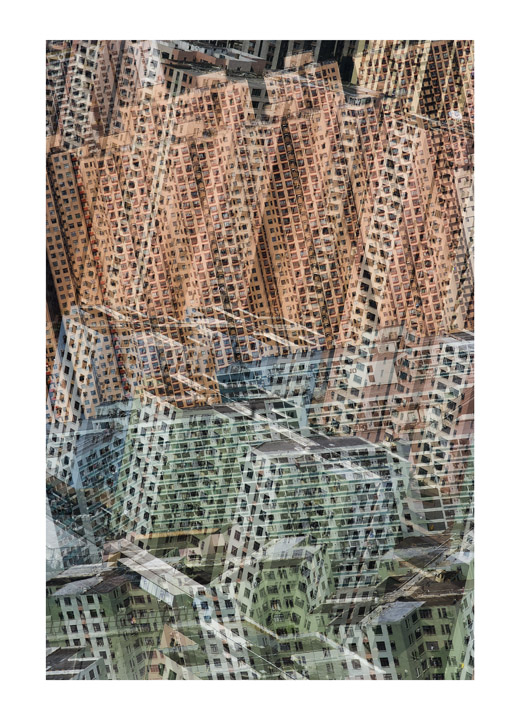 One of Hong Kong's most distinguished photographers, John Fung was the only artist from Hong Kong whose work was included in the All-China Photography Biennale held at the Guangzhou Art Museum in 2009.

Works are on sale until January 6th. Those interested should call the ACC at 2895-0407 to make an appointment. Proceeds go directly to Arts with the Disabled Hong Kong to fund a music project for the visually-impaired in 2012.