Mu Qian is a traditional performing arts manager, curator, and presenter who is currently a PhD candidate at the School of Oriental and African Studies (SOAS) as well as Artistic Director of the Pentatonic Workshop which he co-founded in 2003. Mu is a graduate of Nanjing University, having received his B.A. in English Language and Literature in 1997. In 2005, he obtained his M.A. in Ethnomusicology from the China Conservatory. He has since produced and presented concerts and festivals of world music in both traditional and contemporary interpretations and curated groups from China to perform abroad. For the Hong Kong Arts Festival alone, Mu has curated and produced two concerts: Beijing Folk Rock in 2003 and Songs from the Grasslands in 2011. Mu received the ACC Huang He Fellowship in 2013 to observe arts administration practices of U.S. world music organisations in New York and Washington D.C.

During my research program in the United States, I spent most of my time in Washington D.C., where the Smithsonian Institution – an organisation that I have long-admired – is situated. As an Asian Cultural Council Fellow, my main purpose in visiting the US was to observe the promotion of folk music and management of non-profit arts organisations. The Smithsonian Folkways Recordings and Smithsonian Folklife Festival provided ideal settings for my research.

Folkways Records, the predecessor of Smithsonian Folkways Recordings (SFR), was founded by Moses Asch who had dedicated his life to documenting folk music. SFR not only inherits all the Folkways recordings, but also continues to release new ones. In the SFR collection are poems recited by African American poets, children’s songs from the streets of New York in the 1950s, Pete Seeger’s left-wing folk songs, epics of Central Asian nomadic tribes, Congolese ritual music from the rainforest... I virtually spent all my days listening to SFR’s records during my time in Washington. Although I couldn't possibly listen to all of the 2000+ SFR records in four months, the precious recordings that I was able to listen to affirmed my belief in working in the field of folk music. 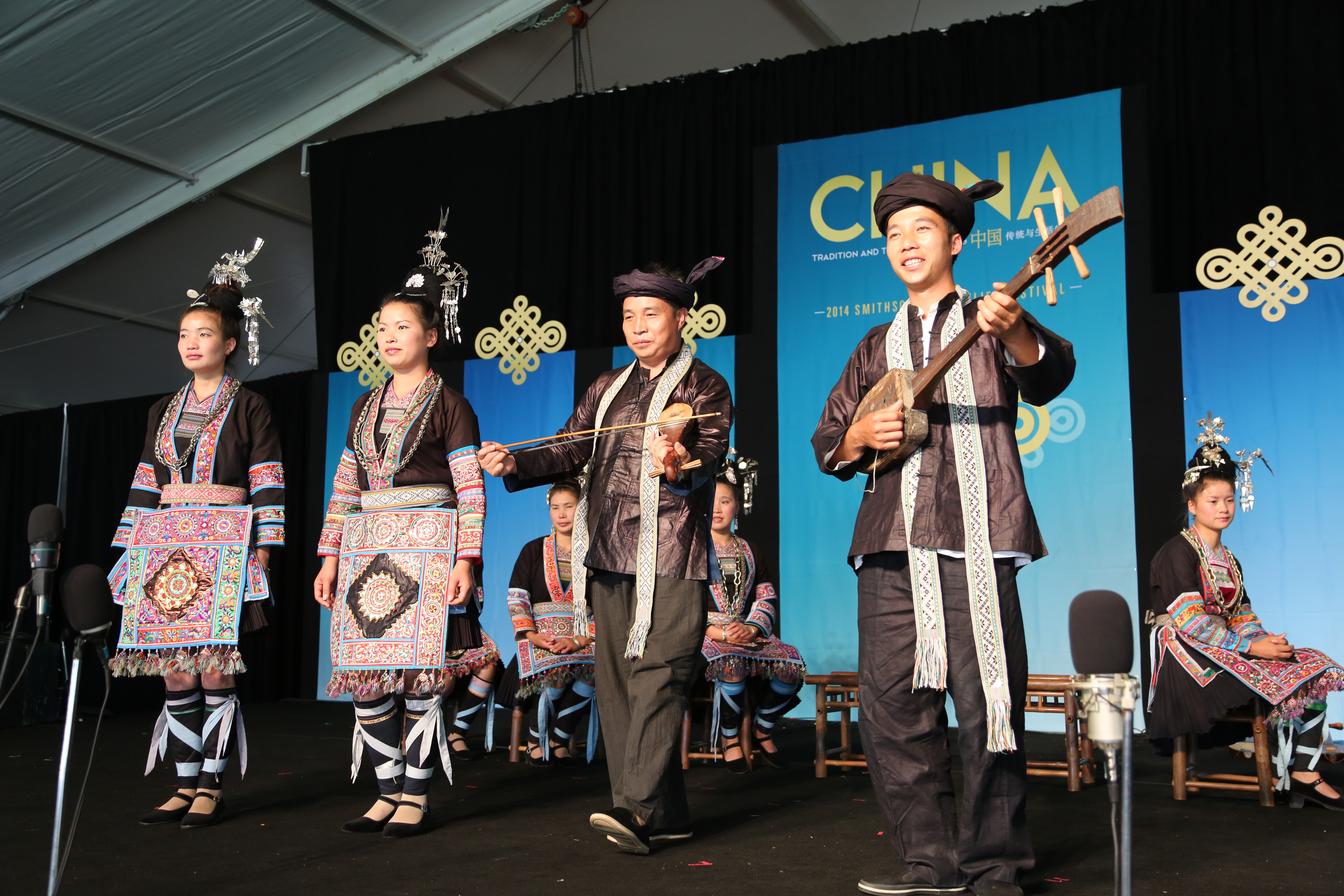 The Smithsonian Folklife Festival (SFF) is held at the National Mall in Washington D.C. over a span of two weeks around the time of Independence Day, drawing in around one million audience members every year. The 2014 SFF was particularly meaningful for me, since this year’s festival highlighted China and Kenya. From music and dance to crafts and local delicacies, SFF presents the diversity of human lifestyles and cultural traditions. Through participating in the organisation of the China program and serving as a presenter, the experience provided me with the opportunity to observe Chinese folk culture in a different context. 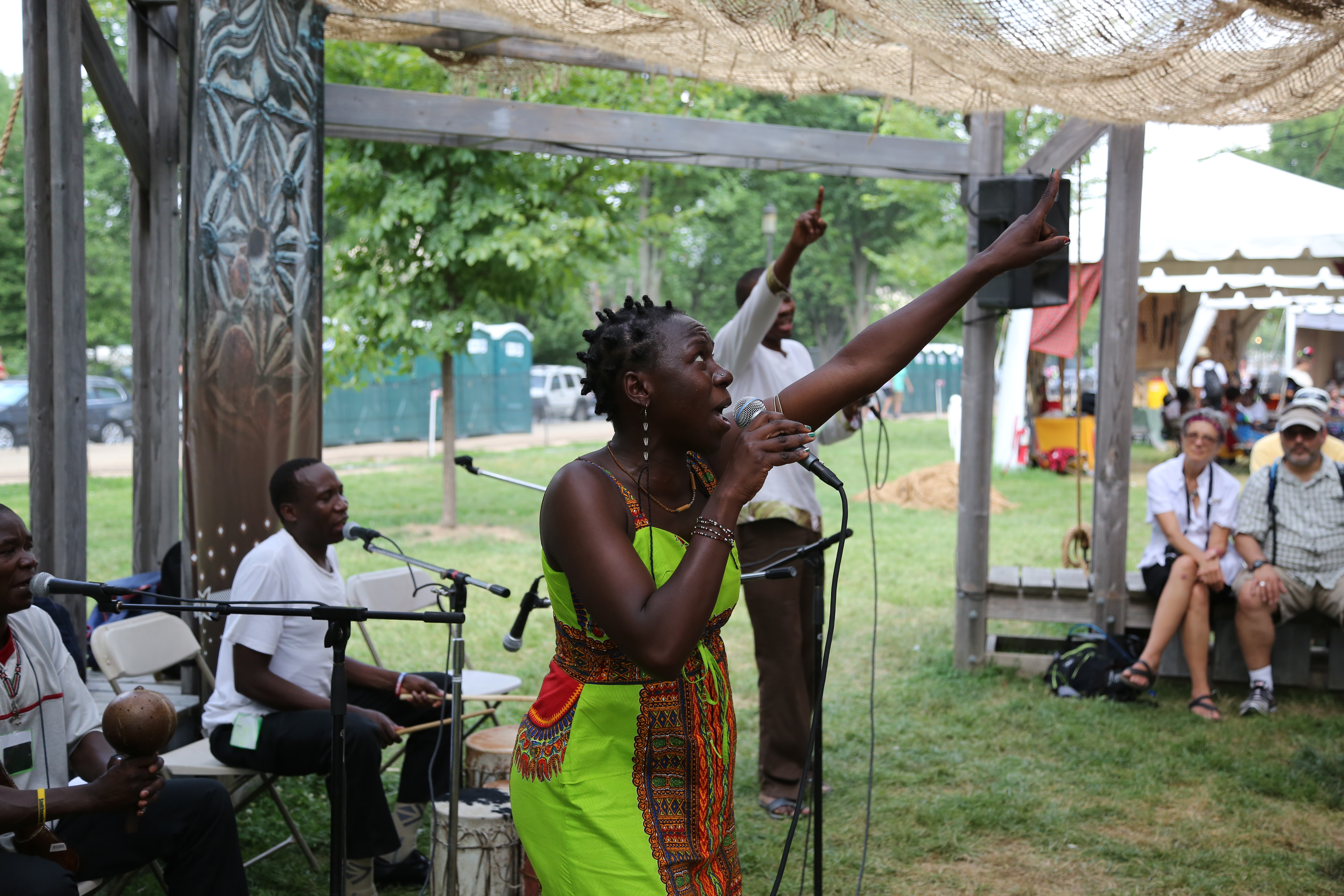 From late June to early July, under the blistering sun and pouring rains of Washington D.C., I experienced two unforgettable weeks at the Smithsonian Folklife Festival. To the west of the National Mall are the Washington Monument and Lincoln Memorial, where Martin Luther King, Jr. delivered his “I Have a Dream” speech. To the north is where the Declaration of Independence is kept in the National Archives. This setting constantly reminded me of the right of cultural expression, the meaning of cultural democracy.

For me, art exists not only in concert halls and museums, but also in communities and lives of commoners. People are the creators of culture. I hope that I can honor the work of ordinary culture creators through my life’s efforts.