Kingsley Ng is a new media artist who currently serves as Lecturer of the Master of Visual Art program at Hong Kong Baptist University Academy of Visual Art. His work in new media traverses the realms of music, technology, and studio art to explore social issues and what he terms as the "everyday sublime." Ng has developed a rich body of artistic work that has received recognition from the Hong Kong Arts Development Council (Best Artist [Media Arts] of The Hong Kong Arts Development Awards 2013) Hong Kong Museum of Art (2009 Hong Kong Biennial Art Award), the Hong Kong Design Centre (2008 Young Design Talent Award), and the Hong Kong Arts Centre (2007 IFVA Gold Award)  amongst others. Ng received an ACC Altius Fellowship in 2013 to research social innovation through artistic practices and strategies in the U.S. and in Asia. One of his travel destinations was Jogjakarta.

Kingsley at Kampung Halama, an Indonesian non-profit organisation that fosters the use of audiovisual media in community and youth-centered projects

Managing luggage through the Jogjakarta international airport can be a bit rough.

After going through customs, passengers gather behind a rope, and watch all the checked-in luggage pile up until there is no room left. Then all of a sudden the rope is lifted and the competition begins: those with greater agility move through and catch their bags; those travelling in small groups form human conveyor belts for passing luggage through the sea of people.

This anecdote speaks volumes about how things work in Jogjakarta. Amid active volcanoes and occasional earthquakes, with insufficient infrastructure improvement since the fall of Suharto, people here rely on collectives to get things done.

In the sharing economy, many look up to young entrepreneurs from the Silicon Valley and beyond – house and car sharing, co-working spaces, crowd-funding and micro-financing, etc. At the heart of all these is friends coming together to help one another and share resources.

Interestingly, collective activities here predate many tech-savvy examples. “Arisan” is a form of rotatory savings, where members of a community put small amounts together, and everyone takes turns to yield the sum. For affluent Indonesians, it is an essential part of social gathering; for the less privileged, it is their form of micro-financing.

Jogjakarta is also known as “kota seniman” - the city of artists. It is not surprising that artists here take the “arisan” tradition to the next level. 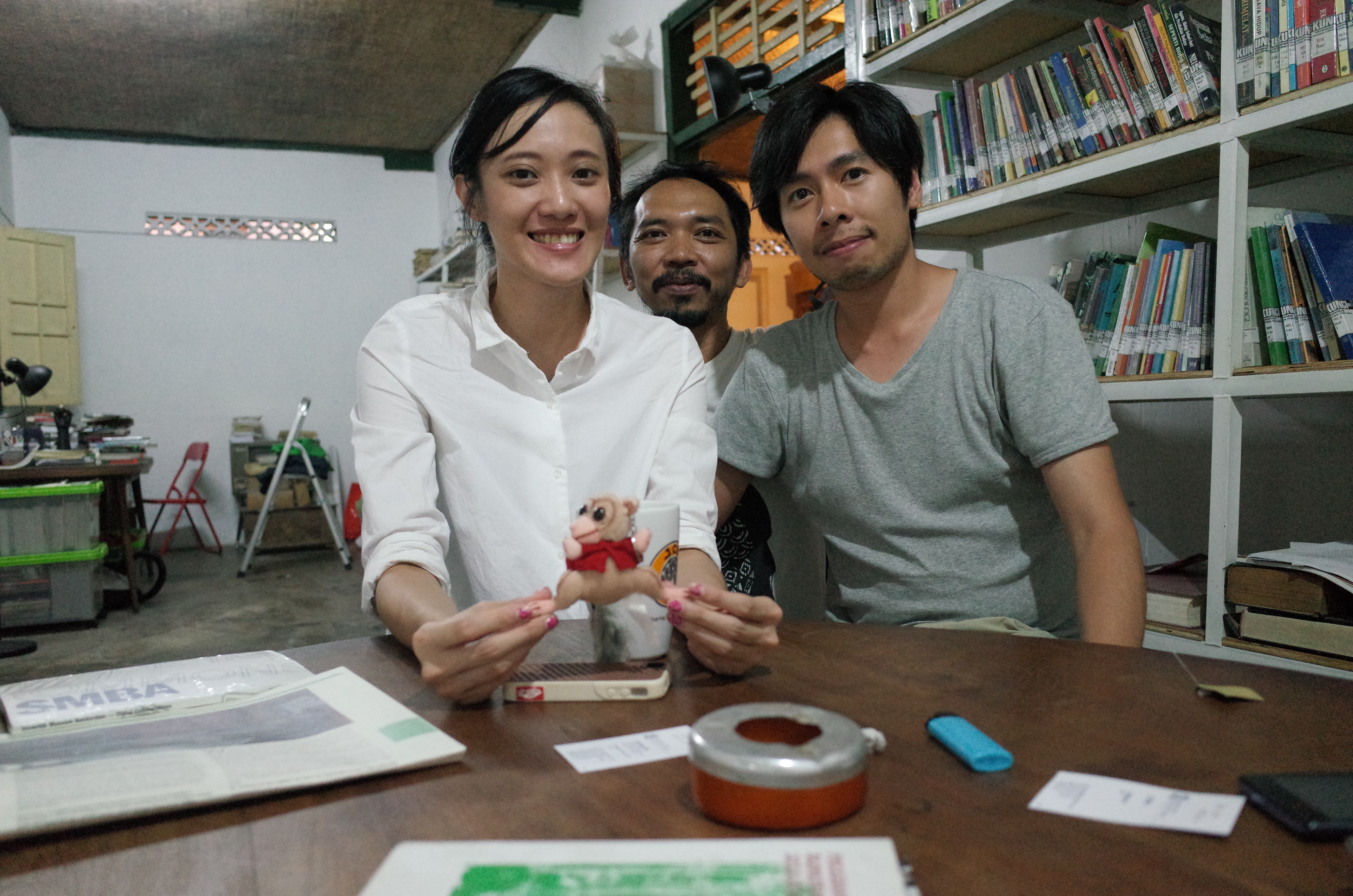 On any given day, one finds half a dozen motorcycles parked outside KUNCI, a cultural collective founded in 1999. Co-founding member, Antariksa was having three meetings at the same time when I paid my visit.

While he was an undergraduate at Gadjah Mada University in the late 1990s, he was involved in the protests that toppled Suharto. Frustrated by the lack of independent research in Indonesia, he co-founded the country’s first cultural studies centre. Currently KUNCI has eight team members and many volunteers, occupied with critical knowledge production and sharing through media publication, cross-disciplinary encounter, research-action, artistic intervention and vernacular education (1).

Antariksa, who just got back from a four-year research residency in Japan, evinced that even though they did not receive any funding in the first seven years, they did not give up. They have gradually received project grants from local and international bodies in recent years.

Another member, Brigitta Isabella, an anthropologist, introduced herself before jumping in to another meeting on the front porch. Her upcoming project in Hong Kong with Para Site will be a series of writing workshops with migrant workers in Victoria Park.

At sunset, one can try out some Gudeg from the street, or dine at a fancy artist-run establishment, such as Kedai Kebun Forum. KKF consists of a gallery, performance space, a shop and a restaurant. Almost all activities are supported by the latter’s income. The shop sells products made to fundraise for the Kaleidoskop Project, a biennial exhibition for young artists to present in Jogjakarta.

Just around the corner is Cemeti Art House, one of the most established and influential artist-run spaces. Founded by Nindityo Adipurnomo and Mella Jaarsma 27 years ago, it has been a hub for local artists to springboard onto the international arena. They currently focus on international exchange through residency programs and process-based practices.

During my visit, Nindityo was very kind to have hosted a sharing for me, during which I witnessed Cemeti’s ‘fan club.' Besides local practitioners, Professor John Clark of Sydney University, Taiwanese curator Amy Cheng, and artist FX Harsono were among the guests.

Some may call it a night and head home, but the energetic wander down to Mes 56, a collective working with photo-based media. Originally a place where artists would share equipment and facilities, it became a place to go to for cheap beer and homemade wine after alcohol was banned in small shops and convenient stores.

For Hong Kong, with the temporary closure of the Museum of Art and a long way to go before the completion of M+ and Central Police Station, perhaps much can be learned from cases like Jogjakarta, where artists not only create artwork, but collectively cultivate a sustainable ecology for all. The model of “arisan” can build the vital infrastructure for many generations to thrive.