On November 30, 2012, the Asian Cultural Council invited a few of us artists and designers to take a trip to Washington D.C. I only remember three things from that day: names, Christmas tree, and China.

The warm and peaceful atmosphere of Washington D.C. heightened the solemnity of the city’s various memorials and sculptures. This was particularly the case for the names etched onto the Vietnam Veterans Memorial that were dappled by the reflection of clouds colored by shades of the sky. However beautiful those clouds may be, they would surely be soon forgotten. But the memorial will live on in the hearts and minds of many. 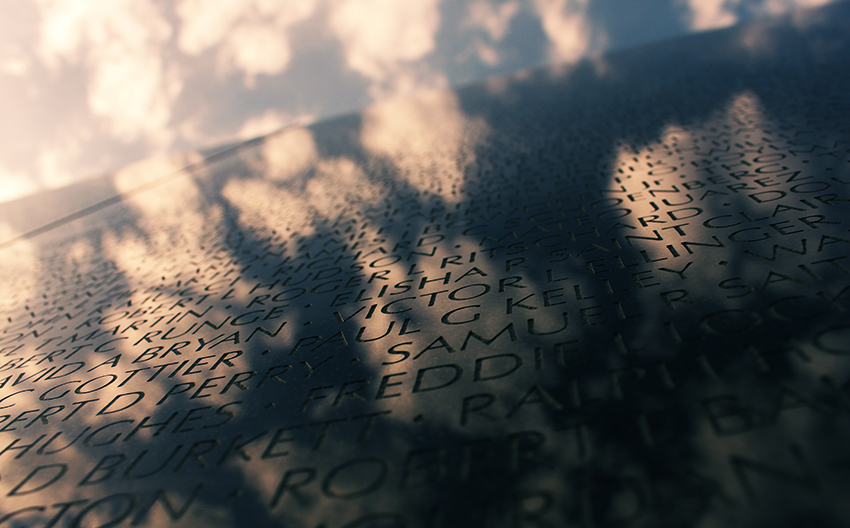 We went to view Cai Guo-Qiang’s gunpowder art creation that afternoon. With flashes of fire and flint, the ink black gunpowder merged with the stark white sky and a ‘black Christmas tree’ was created right before our eyes. Before the eyes of so many, and surrounded by a host of memorial architecture which represents the American spirit, the very appearance and statement of this work was undoubtedly ironic.

Before leaving Washington D.C., we visited Ai Weiwei’s solo exhibition together. Needless to say, there was no lack of sensitive topics amongst Ai Weiwei’s works, such as China itself. I have to admit, that was the first time that I truly experienced the notion of “China” becoming an international topic.

Names come to represent a group, Christmas trees are black, and China is displayed in different ways. These were my experiences in 1 day out of the 180 days that I spent in America. Cultural clashes, fusions, oppositions, and dialogues all took place during that time. Now, half a year later, it still causes me to reflect and rethink.