You say, you're an artist?

Li Shasha is an award-winning puppet artist who holds the title Key Performer at the Shanghai Puppet Theater. Li received her B.A. in puppet performance from the Shanghai Theatre Academy in 2011 and specializes in traditional rod puppets, a style of puppetry that requires a strong background in dance and Chinese opera movement. She received a number of accolades including Best Performance - Golden Lion (Personal Award) [2012] from the China Intangible Cultural Heritage Protection Center of the China Puppetry and Shadow Arts Association. Li received the 2014 Mandarin Oriental Arts Fellowship to research and observe puppetry arts in the U.S.

You say, you’re an artist?

It’s not the first time that I’ve been to New York, but my impression of the city was totally different this time around. This time, I fell in love with New York. With a fellowship from the Asian Cultural Council (ACC), I was given a place to stay in mid-town Manhattan, and every day I would receive emails from the ACC office, recommending different people for me to meet with. I was almost too blessed, having this much time to do everything that I wanted to do.

I say that I had so much time, but to be honest it was hardly enough. Every day was like a snowballing avalanche of activities, lined up from day to night. In the day I would visit exhibitions and at night I would watch shows. I attended 5 arts festivals in a row, watched 70 theatre productions, and I missed that experience so much that I brought all the ticket stubs back to Shanghai with me to keep as a souvenir. Since then, I’ve become a fully-fledged devotee of art, theatre, and puppetry. Saying that might seem a little corny, but it’s true.

It was only after moving into my apartment that I found out 10 other grantees from different art disciplines were also living in the same building. It was like falling into a great treasure pit of art, and you can’t help but get caught up in that atmosphere. I say this because this mix of people was an important part of my experience. The other grantees were between 25 to 60 years of age, and some of them were already very established in their own fields. Talking to them became the best form of learning. We would do different activities together, and we would often hold sharing sessions in our apartments to talk about our work. People were good cooks, and could also hold their liquor.

At this point, I’m reminded of a person: the director Hong Hong from Taiwan. On our way to Bread and Puppet Theater, Hong Hong gave a talk on ‘Directing 101’ in the car. On our way back from a visit to Yale University, I shared with him my crude but impassioned poetry. These were opportunities that perhaps even students from Taipei University wouldn’t be able to enjoy. Actually, art requires this kind of cross-collision. I would be loathe to draw clear boundaries between exhibition halls, the stage, and the lens. And to be honest, New York itself is like this. Every artist is exploring an infinite realm of possibilities. I am incredibly happy to have had the opportunity to meet so many artists of different disciplines who are so passionate about their work.

I visited Bread and Puppet Theater to meet a man that I have greatly admired: the master puppet theater director, Peter Schumann. Everything there was a tremendous surprise. This incredible old man has insisted on baking and making bread by hand for 30 years. He said that art should be a commodity, like bread, and people should need it every day. When his arts festival is held over the summer, 40,000 people travel from all over to attend and over 30 volunteers travel from cities in the U.S. to help. After visiting his museum, I participated enthusiastically in the arts festival, attended two full days of rehearsals, and even dreamt about the rehearsal flow as I slept under a tent. Three hours under the blazing sun, between forests and hillsides, my incredible fortune of experiencing it all moved me.

Actually, I met a lot of puppeteers in New York, San Francisco, and Atlanta. Many puppet directors have already developed their unique styles of expression. Amongst these, I worked with Chinese Theatre Works on a production: “Mulan” that was staged at the Eugene O’Neill Theater Center and was performed to the public in New York last October. Unexpectedly, I met the director HuaHua at the Eugene O’Neill Theater Center, and I later participated in a few of her workshops in Philadelphia, which resulted in the early formations of a new work “Dream of Land.” There is simply too much that I got out of my grant trip. It would be impossible to recount it all at once. 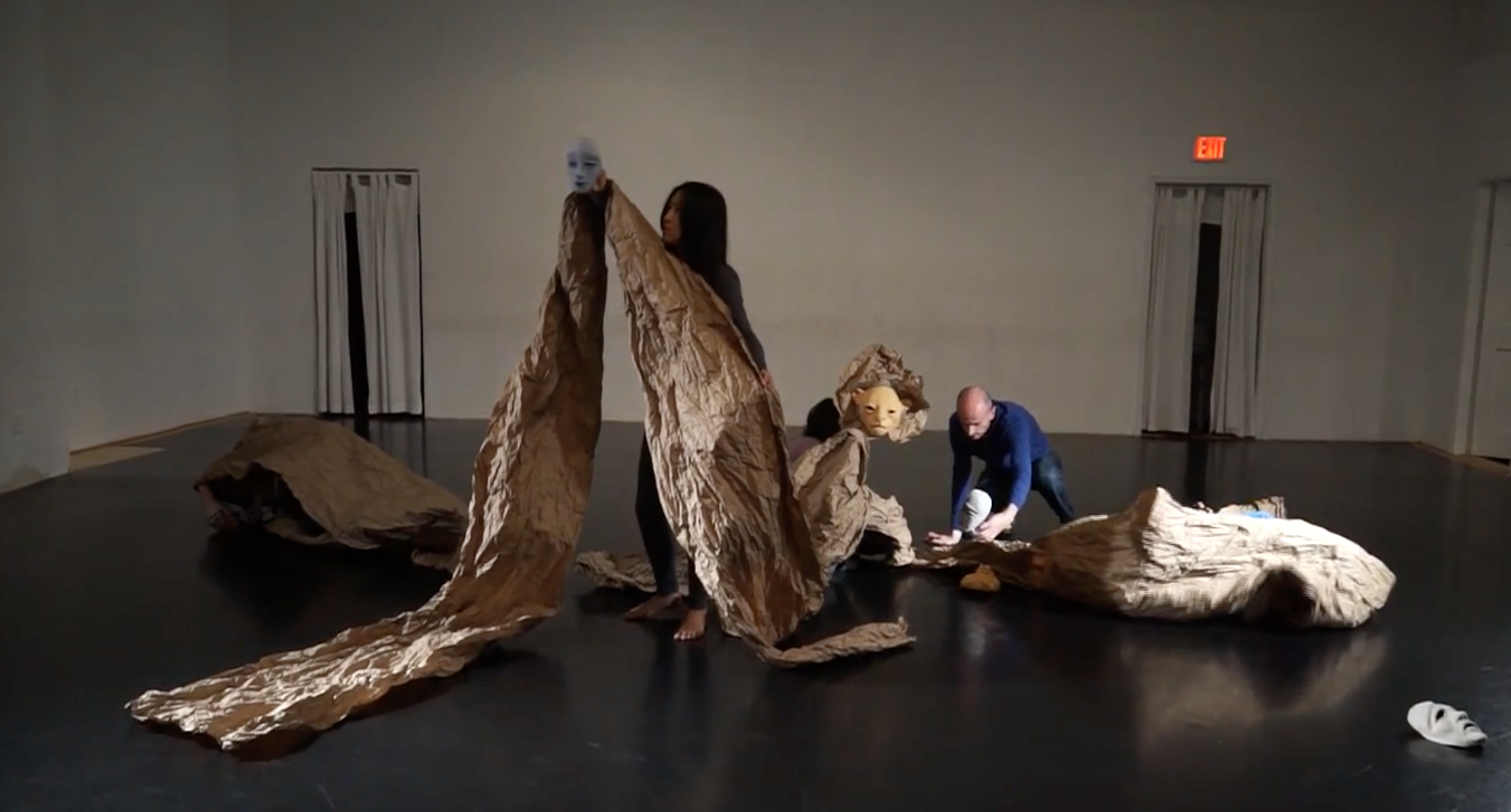 Shasha participating in a puppet workshop

I am truly fortunate to have encountered ACC two years after I graduated from university, during a time of confusion about my work. It was all the more fortunate that I embarked on my grant trip during the 50th anniversary year of ACC. I was invited to perform at the ACC 50th anniversary gala, and it was a true honor for me. This performance sparked my thoughts on culture: Where am I from? What is distinctive about where I come from? When I returned to Shanghai, I went up to the mountains to practice my writing, looking for simplicity in Han steles, and rich Chinese philosophy in ink calligraphy. I started to explore traces of my culture that were once wiped away.

When I first received the ACC fellowship, I was surprised and, of course, proud. Now I know that it’s in fact a touching thing, to join this family.